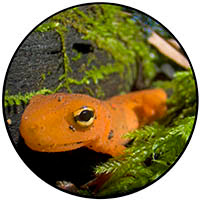 On the way home from work today, I stopped by the new gallery in Mann Library for the opening of Miniature Landscapes, an extraordinary exhibit by Kent Loeffler, one of three photographers who have served the Department of Plant Pathology at Cornell over the last century, and Kathie Hodge, a faculty member in that department who blogs at the Cornell Mushroom Blog.
Kent is a treasure and one of the nicest guys you’ll ever meet. He toils all day shooting diseased leaves and other mundane subjects. But he’s a great artist and photographer who is as quick to share his expertise as he is to share his smile. If you’re in the neighborhood, you owe it to yourself to view these photos.

Kent used a borescope to get right down into the the world of fungi. He describes it as “a bit like having a fisheye lens on the end of a stick.” You can see more examples of this technique and some of the technical details at his photo lab website. Kathie’s equally fascinating videos of growing fungi and decaying fruit are running on continuous loops on retro Macs in the center of the exhibit.
Some of my favorite work of Kent’s, though, are at the other end of the spectrum — his panoramas. (You can drag yourself around Minns Garden outside my office 360 degrees.) Many have graced the cornell.edu homepage and some 6-foot-long prints of his decorate the halls of the office where my wife works in Collegetown.
Many of Kent’s works are online, but scattered all over like the spores he’s often called on to shoot. Check out these:
Interesting note: If you google image search Kent’s name, you don’t get his great art. But you do get a great image we comissioned Kent to do of viburnum leaf beetle larva for our viburnum leaf beetle website.
Now what excuse can I think up to borrow Kent’s borescope? 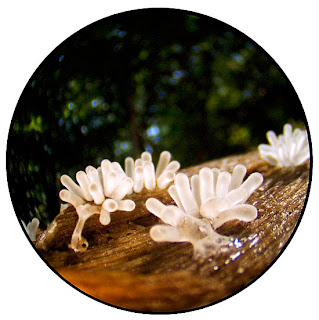 You can find a wide selection of borescope for science researches at Fiberscope.net industrial store.
Автор: Konstantin Ordin
Email ThisBlogThis!Share to TwitterShare to FacebookShare to Pinterest