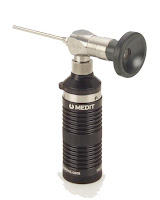 No wonder today innovations touch every area of our life.
The best and most useful discoveries are devoted to cure and save people. LED light sources stand out of this long list. What can be more familiar to us than a usual bulb? For decades we have used simple electric bulbs, but now they are rapidly being substituted by new LED bulbs.
What is a LED? LED – light-emitting diode – consists of a semiconductor diode. LED was discovered yet in 1927 by Russian scientist Losev, but enjoyed its practical application only in 1962, when the production of red light emitting diodes launched. One of the first LED indicators was used in calculators in 1968.

Gradually LED light sources penetrated into many spheres of industry and medicine.  Scientists developed new very bright light sources based on super efficient  LED bulbs, which at a higher current emit thousands of lumens. Now we can say that LED light sources have more advantages than any other, including Halogen or Metal Halide light sources.

LEDs produce more light per watt than other bulbs. Just with the help of 3V battery you can receive power of a good multiwatt bulky Halogen light source.

LEDs can emit light of an intended color without the use of color filters. Now LED handles for endoscopy emit a very powerful white light. This light is “cleaner” and “whiter” than Halogen and stands near Xenon light sources, which helps at the most complex operations.

LEDs can be very small (smaller than 2 mm). Based on this feature LED light sources (or LED handles) become more and more compact. Their weight is getting less. Everything is handy. You can easily take it and adjust light intensity and focus just with a slight touch of finger!
LEDs light up very quickly. You don’t need to wait long for the efficient work. The brightest light starts emitting in microseconds, and often these very microseconds can be decisive.
LEDs can very easily be dimmed either by modulation or lowering the forward current. Now LED light sources get a light intensity switch to decrease or increase illumination easily.
In contrast to most light sources, LEDs radiate very little heat in the form that can cause damage to sensitive objects or tissues. Wasted energy is dispersed as heat through the base of the LED.
LEDs can have a long useful life. One report estimates 35,000 to 50,000 hours of useful life, though time to complete failure may be much longer.
LEDs, being solid state components, are difficult to damage with external shock.
The solid package of the LED can be designed to focus its light. Incandescent and fluorescent sources often require an external reflector to collect light and direct it in a usable manner. This feature results in LED light sources with adjustable focus. This helps to illuminate either a large are of inspection, or to concentrate on a small spot.
The development of LED technology has caused their efficiency and light output to increase exponentially, with a doubling occurring about every 36 months since the 1960s, in a way similar to Moore's law.  Soon LEDs will completely substitute all the other light sources.
To see MEDIT's range of Borescope LED Light Sources, please go here
Автор: Konstantin Ordin
Email ThisBlogThis!Share to TwitterShare to FacebookShare to Pinterest

It is very understandable why LED light sources are widely utilized for endoscopes. They are very durable, long lasting and bright. A LED endoscope is far better than using halogen portable lights.